Time for another epic motorcycle ride with my dad. This time we are heading off to the Idaho Backcountry Discovery Route via the Northwest Passage.

The Northwest Passage is a route through central and northern Washington that was put together by BestRest Products. This is a mostly dirt ride that will take us to the north end of the Idaho BDR. The Idaho Backcountry Discovery Route is another mostly dirt ride that goes from Jarbridge, NV all the way to the Canadian border through backcountry Idaho.

Of course we aren’t following these routes exactly – you can follow along on my Spotwalla page at https://spotwalla.com/tripViewer.php?id=122a957cceda8d362f. Spotwalla has added a feature that allows tracks to be overlaid on the map. So I’ve put our planning tracks on as a reference. As you look at the tracks, you can see that there are some areas with multiple options – some of these are routes w/different skill levels, some are bypasses for washed out roads, and some are re-routes due to fire closures. We’ll be running the Idaho BDR North to South, starting at Roman Nose Campground.

I’ve made a few modifications to the bike for this trip. First off, I’m going to be using Wolfman Soft Luggage. This saves a ton of weight, and they are a little more durable for when I drop the bike. In this picture, you can also see the red tool tube that I’ve added – it is sitting on my passenger foot peg and attached to the bike with a hose clamp. 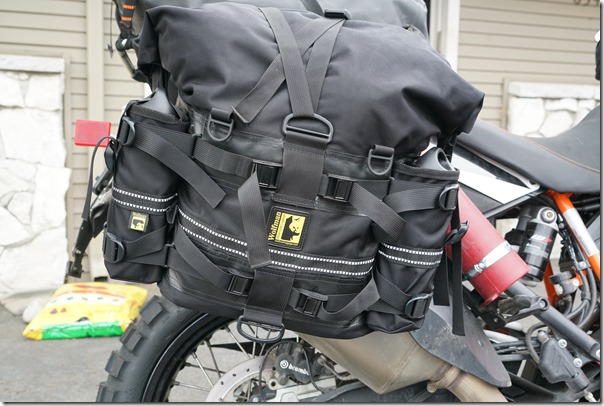 I also bought a Dustrider Motorcycle Lift. This bike is heavy, and I am old. I’m sure I’ll drop the bike on this trip, and this guy will make lifting it up so much easier! 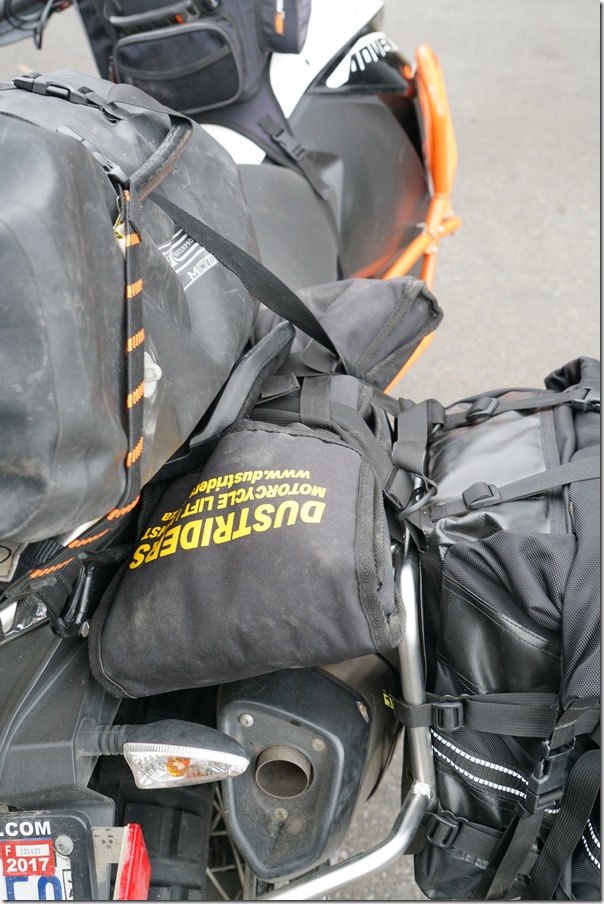 I’ll be leaving the GoPro at home – videos will be taken with my 360fly. Hopefully will get some great 360 videos and pictures on this trip. I probably won’t do anything with them until I get home.

Well, this is kind of a lame kick-off blog. It is getting late and I’ve been getting stuff ready all day long. We take off first thing tomorrow morning, and I’ll be writing blog entries on a daily basis – just not sure how often we’ll have internet service to post them!